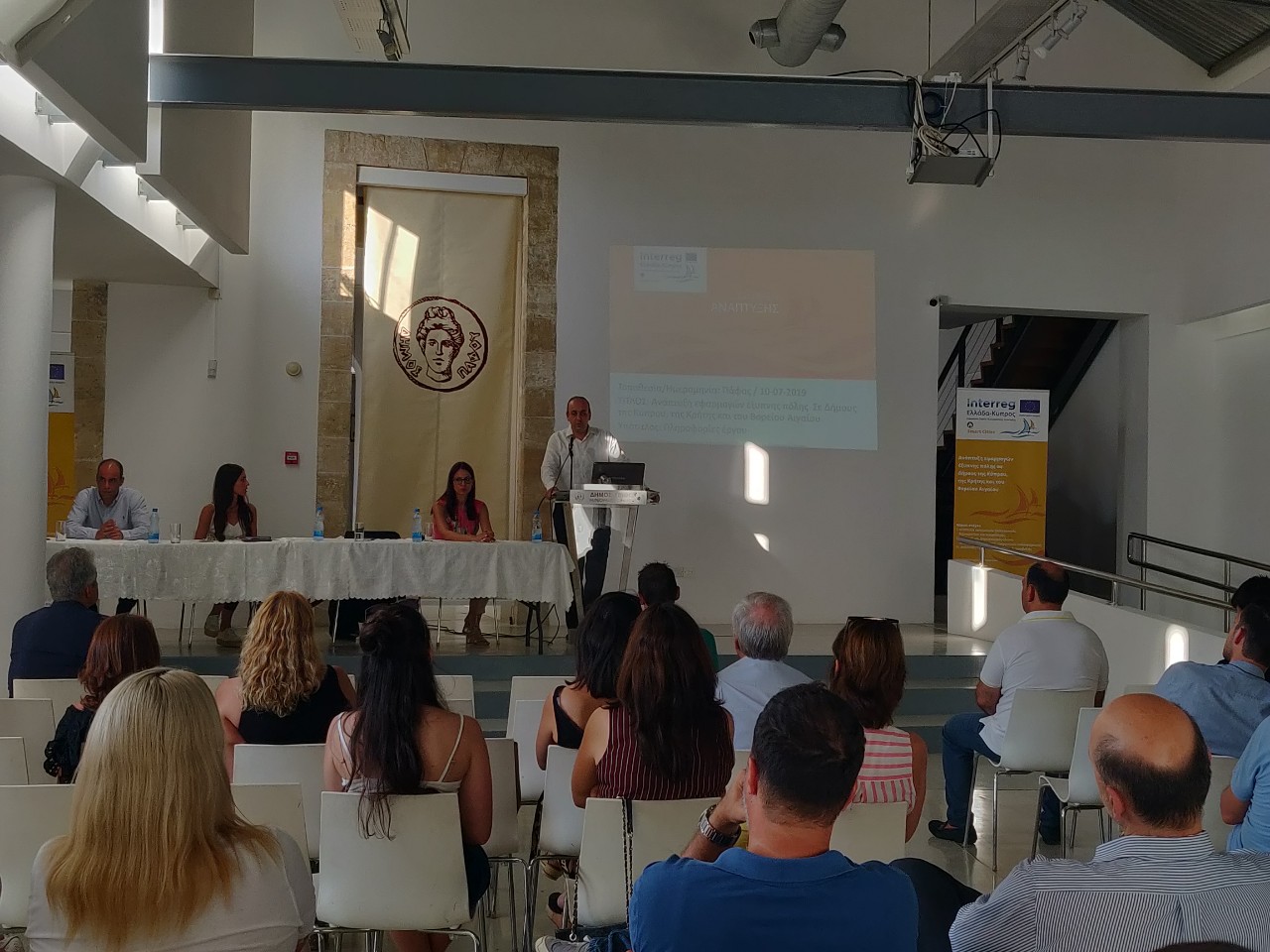 SMART CITIES PROJECT INFORMATION DAY,ADVANCES WITH FAST REGULATIONS THE STRATEGIC GOALS FOR A SMART AND DIGITAL CITY OF PAFOS MUNICIPALITY

The goals and actions promoted by the Municipality of Paphos to transform the city into a Smart City ("smart city") were developed by Mayor Phaidonas Phaidonos speaking at an Information Day organized by the Local Authority in the Multicultural Area "Palia Elektriki" yesterday afternoon. within the framework of the project "Development of smart city applications in the Municipalities of Cyprus, Crete and the North Aegean", known as the acronym Smart Cities.

Speaking at the Conference, Mr. Faidonos made extensive information on the activities and actions of the Municipality, which are being implemented through contests and strategic partnerships and developed his vision for its implementation.

During the meeting, the relevant officials and associates of the Municipality also presented the basic parameters of this project, as well as the outputs it will bring to the Municipality of Pafos. The Integrated Business Plan for the transformation of Paphos into a 'smart city' has already been developed as part of the Program, while an innovative application with 'augmented reality' technology for the promotion of Pafos culture, tourism and entrepreneurship is underway, as well as the study of the city's Branding. The contest for the supply and installation of wifi hotspots and touch screens will soon be announced.

The Smart Cities project is implemented in the framework of the Interreg V-A Greece-Cyprus 2014-2020 Cooperation Program and is co-funded by the European Regional Development Fund (ERDF) and national resources of Greece and Cyprus. The Municipality of Paphos participates in it as a lead partner, while the Paphos twin municipalities of Chania and Lesvos participate as partners.